skip to main | skip to sidebar

The Ballad of Sir Hugo and Gui Le Batard

The Bridge on the River Wye 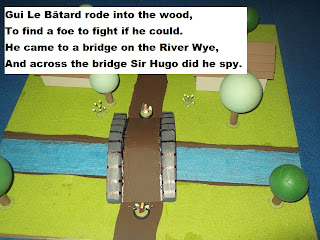 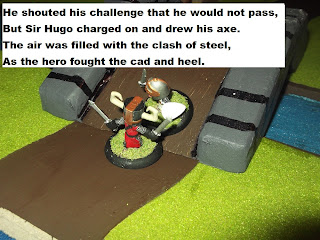 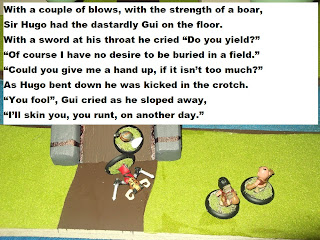 The Raid On The Grain Store﻿ 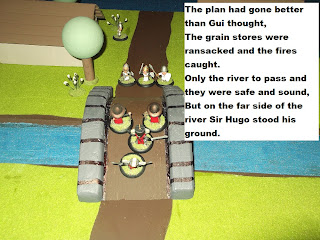 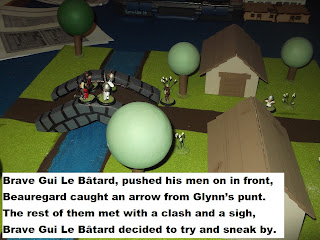 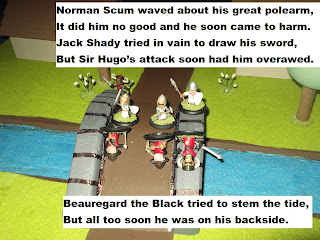 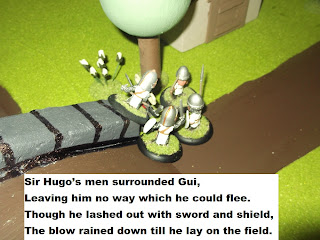 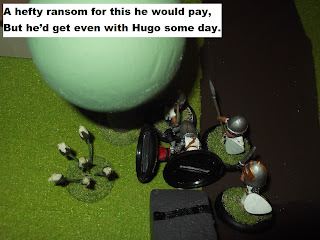 We played the first two scenarios from the first of the Warheads books. Sir Hugo won both battles, boo hiss. The combat was remarkably quick, with figures falling after two or three attacks. When I’d first read through the rules, I thought that Morale would come into play more, but didn’t affect either game.


The rules are relatively simple to use and fairly clear. The only gripes we had were minor, why no Test Table on the QRS and surely a halberd should use Body and not Agility. These were the only two things that stuck in my mind. We also had a few queries with the multiple melee, so I’ll try for answers on the forum.


The figures for Warheads are a bit Marmite, you either love or hate them. I love them, and in keeping with their cartoony design, I made the terrain to suit this look.


We’ll have a few weeks now before we can try out the third scenario from the book. This introduces prayer to the mix. I do like the idea of introducing new rules throughout the books.
Posted by Shorts2 at 02:04

The Scores on the Doors